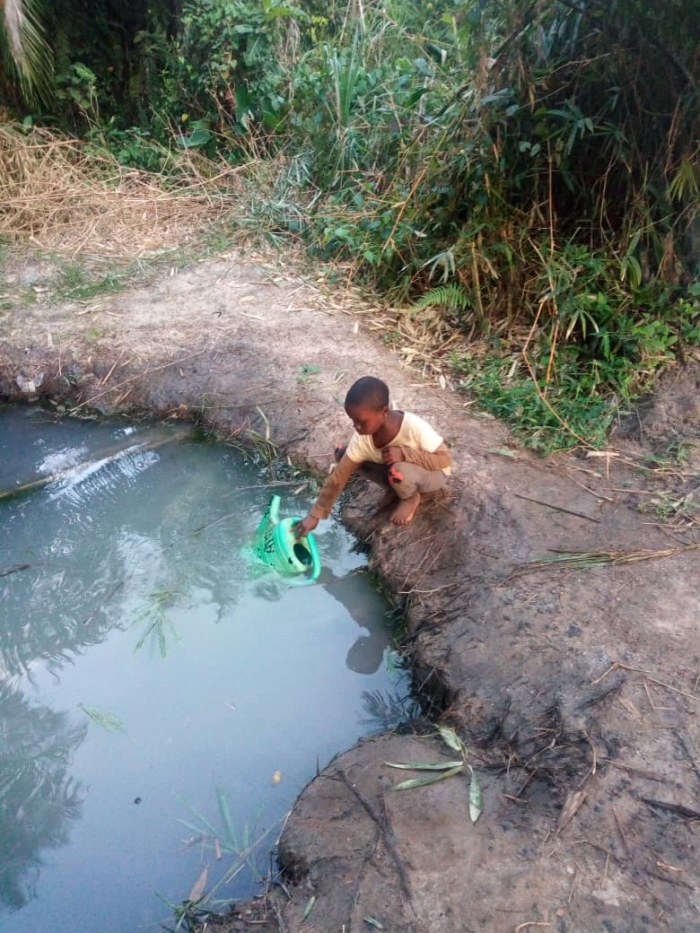 
In the 5 districts of Eti, Nadogolo, Ngilima, Moussa et Uye of Dungu in the DRC, installation of five drinking water fountains. This project, with a total cost of $ 13,100.00 will provide drinking water to more than 2,500 people.

To combat water-borne diseases within the population, this year we have improved the facilities of the Lamennais Pure Water which is an initiative of the Brothers of Christian Instruction of the Dungu Community.
This increased the storage capacity of 16,000 liters of quality drinking water and also provided water to more than 5,000 people at a time.
This work is made possible thanks to the help of Fondation  Coup de Cœur and Secours Mission.
However, the need for potable water is immense. Several surrounding localities do not have this possibility of having access to drinking water.
We had a meeting with the members of various committees who would like us to assist them in creating in their various neighborhoods an access point to drinking water, as is the case in Nanzawa. They made a commitment to educate households on the issue of drinking water and the risk of water-borne diseases which kills several children every year. Each standpipe will provide water to at least 100 households in each neighborhood. These are the following districts:
Eti, Nadogolo, Ngilima, Moussa et Uye.
Once the projects have been completed, the various officials will organize themselves in cooperation with the Brothers of Christian Instruction of Dungu to ensure the maintenance and upkeep of the various standpipes that will be built.
We estimated the total cost of the work at $ 13,100

Thank you in advance for everything you do to help us provide drinking water to the population.