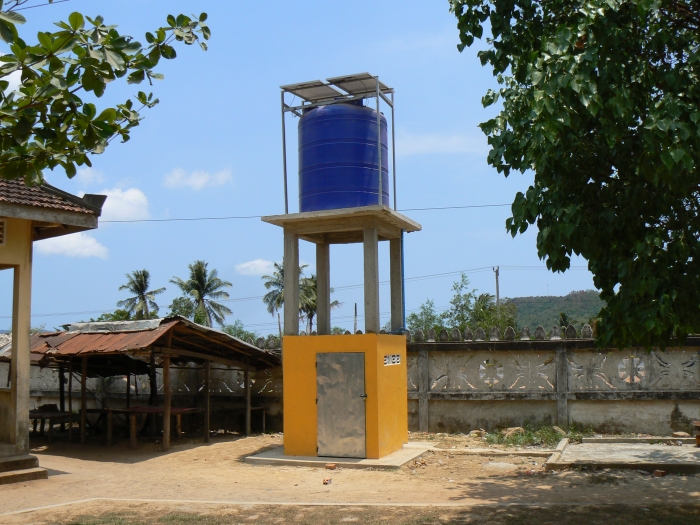 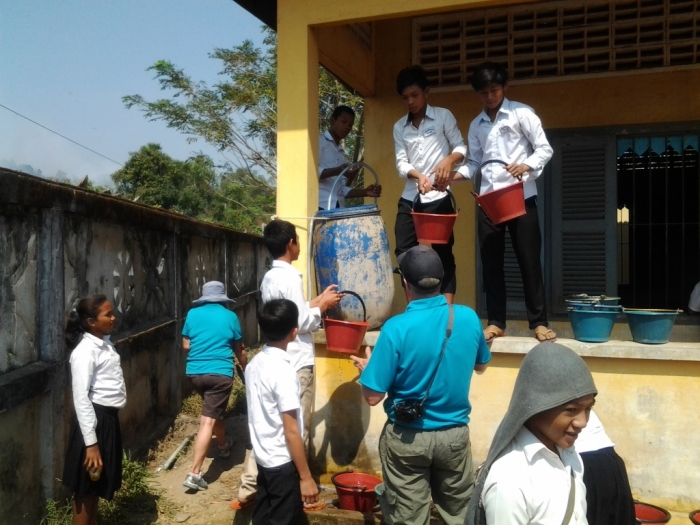 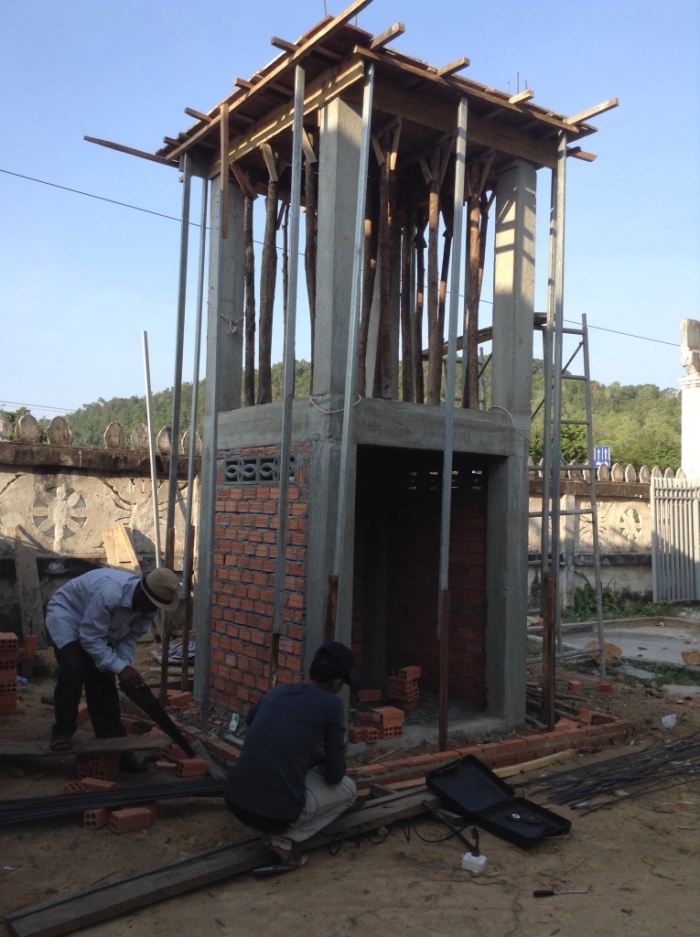 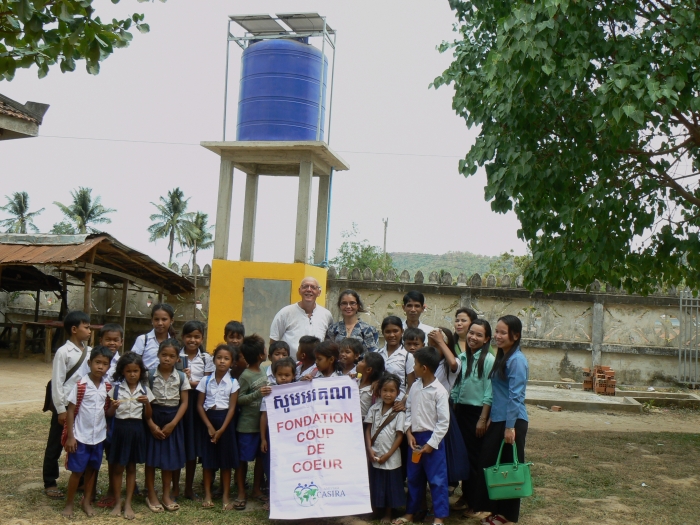 In the village of Potoeung located twenty kilometers of Sihanoukville in Cambodia, repair of obsolete wells, construction of a water tower and installation of a submersible pump powered with solar energy. These facilities cost a total US $ 4,300.00 to provide drinking water to 800 students as well as professors 5.
​
The request:

CASIRA has been conducting diverse sustainability activities in Cambodia for six years already. The majority of them aim to better the living conditions of children. As part of its 2016 mission, the school in Potoeung, a small Cambodian village, will be one of its field of operations. A team of 8 volunteers will go to Potoeung to build two toilets and restore electric powering to the school as well as fix and paint the exterior of one of its buildings.
CASIRA has already set a 4 000 $ US budget to accomplish these renovations. We also wish to collaborate in the All Kids initiative of building a water distribution system that would connect to the school of which costs are estimated to be 4 300 $ US. All Kids has already raised some 2 300 $ US to bring the project to life; a 2 000 $ US financial contribution from you would complete the funding necessary to realizing the project.
Relevance of the project:
Potoeung is roughly 20 kilometers from Sihanoukville in Cambodia. Some 800 children attend its small primary school that spans three buildings, of which two are in need of repair. There already is a well, but it is outdated and out of use. The children can neither go to it to drink, nor to wash their hands. Buthy Keo, the primary school’s principal, doesn’t benefit from any aid on the part of her government to accomplish the necessary renovations…
The All Kids non-profit organization plans to repair the existing well, build a water tower to amass water and install a submersible pump in the well which will be powered by the electricity generated by a solar device. The new system should answer the needs expressed by the school’s management.
Transparency and good governance of the project:
CASIRA’s participation in the project is initially born out of a collaboration with the Cambodian non-profit Children Take Care and Education Center of Sihanouknville. The renovations at the school will be supervised by CASIRA’s team of volunteers who’ll work on location from the 18 th to the 19 th of February 2016 and by the school’s principal. I’ll be on location at the end of the renovations for the official inauguration.
Impact:
The installation of a water distribution system at that school will better the living conditions of the 800 children who attend it six days a week and of the five professors who teach there. Also, it’ll have a positive impact on the implementation of hygiene rules that will be encouraged via activities with the children that we plan to organize.
Also, CASIRA will document your support in the report it’ll produce at the end of its 2016 mission in South-East Asia. Of course, pictures will be taken throughout the building process and at the inauguration so that they may be included in the report.
Sustainability:
The new well has been a long-time concern for the management of the primary school. The parents of students attending the school will be comforted at the notion that their children will soon have access to water. All Kids’ director, Mr. Paul Otto, has vowed to ensure the proper functioning of the water distribution system. Mrs. Runny Vorng, the president of the Children Take Care and Education Center non-profit organization, who’s also associated with the project, will inspect the progress being made during her periodic visits to the school. I will also be able to keep an eye on the well and its proper functioning as I often travel through that town during each of my trips in Cambodia.
In the name of the families who will bear witness to the use of this new well by their children, of our Cambodian collaborator Runny and of the school’s principal, CASIRA thanks you for the attention given to our funding application.